Richard Branson has attacked physical technology hubs as being ultimately uneconomical. Instead, he is offering a platform, StartUp Tribe, to attract entrepreneurs to the Virgin label.

He likens tech hubs to the record shops that helped make him his fortune in the 1970s. For example, during the late 70s punk musicians would meet in these shops and other iconic venues to swap ideas and from this interplay new, better bands would be formed that has The Sex Pistols, The Clash, The Buzzcocks and The Damned.

Branson admitted that he saw one principal difference between then and now: “One problem for entrepreneurs is that once a place becomes recognised as a hub, then the rents and the cost of living in the area shoot up, which for cash-strapped startups make surviving in business a lot more difficult.” 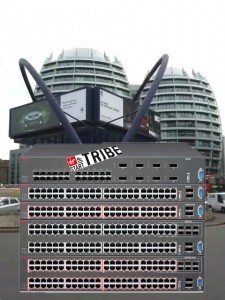 He acknowledged the work the government has done in realising the power that can be unleashed by building hubs and promoting regions like Shoreditch in East London, but he sees the main problem is being how to create a centre for innovation that doesn’t impact costs in the local area. It singled out Tech City and Silicon Valley as areas where a studio flat now costs as much as a three-bedroomed house in the less elite area.

Branson’s solution is the creation of the Virgin StartUp Tribe which is currently under construction but ready to take on budding entrepreneurs to help shape out the interactive platform will develop.

“The ambition is to create a hub that entrepreneurs can use to support each other and help to level the playing field between startups and established businesses. I’ve always found it a shame that big businesses benefit from certain discounts and offers that aren’t available to small unproven start-ups, even though it’s the fresh ideas that need more support,” he explained.

The concept is to bring benefits of scale to the startup scene. “The more entrepreneurs we can get on the platform, the better deals and discounts we can get for start-ups and small businesses, so that’s why we’re putting out the call for people to join the platform now,” he added.

TechBritannia’s take on this is that Virgin StartUp Tribe will be an addition to the existing hubs, rather than a replacement for them. What cannot be replicated on a website is the casual conversation that takes place in the physical hub. Chilling out on a sofa or making a cup of coffee brings a degree of serendipity as people who wouldn’t normally socialise with one another, fall into casual conversation. Much of the time this may only be chitchat, but it can lead to new ideas being forged.

There is also the role that mentors play. Having someone on hand to offer advice and encouragement is a major feature. To emulate this online would require quite a powerful collaboration platform where conversation could be supplemented with an interactive whiteboard. Even at best, this is second-best.

Where Branson’s idea does carry some weight is the economy from scale idea. Virgin’s pulling power from its access to investment wealth will probably ensure that it attracts the numbers he seeks, but as any hub manager would tell you, it’s quality not quantity that counts. As an incubator, the Virgin StartUp Tribe could be a true innovation but, unless there is some form of quality control, there is a danger that it will attract the barrow boys, barkers and wannabes that see the startup scene as a way to make a fast buck. This would introduce unwanted noise to any meaningful conversations.

However, if there is some kind of weeding out process, the site could develop into a one-stop shop for startups looking for a leg up. However, it could be a real boon for startups in the more remote parts of the country out of the reach of city hubs. We’ll see what Virgin comes up with in the next few months.