The launch of Ignite’s London operations has arrived with a warning from its co-founder and CEO Paul Smith that startups often begin to fail after seed funding – and because of the seed funding.

In his blog, Smith states that he usually sees three quarters of startups slipping into trouble a week after receiving their initial investment. After months of working long hours and suffering financial hardship while setting up their venture, the sudden influx of up to a year’s funding results in the temptation to take a break and change working practices with a resulting loss of impetus.

Ignite’s practising what Smith preaches and  has announced plans to expand from its Newcastle base to Manchester and London. Enrolment has started already and the successful applicants will be supported by £17,000 and access to mentors, technology companies and a selection of local angel investors. 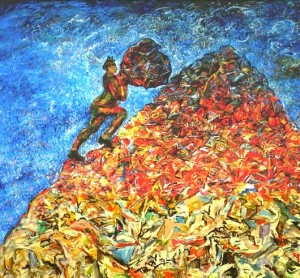 Years of experience has taught Smith that tough love is the only option when dealing with startups. The initial drive to go to market and establish a customer base is arguably the hardest but most satisfying part of developing a company. This is followed by a second drive to expand the business and consolidate the perception it is a thriving business. Seed funding is the start of this second phase which leads on to the Series phases of real growth and rewards.

Smith wrote, “After months of working 60 hour weeks (and the rest, usually) to launch and demonstrate early growth to convince investors they’re worth it, the founders start working 9am till 5pm, five days a week — they’re taking it easy before the hard work starts.”

The temptation to address the work/life balance is not only tempting but may be essential to repair frayed relationships. The pitfall is that this becomes a total distraction from the startup business.

“They almost certainly find the time for a holiday, or a trip home to see the family, because they deserve it,” Smith said.

The crunch comes at this point because the seed fund is the fuel to help the company move ahead faster and that means there is even more work to be done. He offers two outcomes to seed-funded startups: either they work a conventional nine-till-five for five days a week or they choose to be successful – “Pick one. I guarantee you can’t have both,” he said.

But that doesn’t mean working till the team reaches burn out.

“No investor wants to see a team implode. But as a founder, you must understand that your startup is your priority for the next five years. That means you won’t see your friends and family as often. It means relationships will suffer from time to time. Take a holiday when you feel you’re burning out. Get away, recharge your batteries. Take a weekend off and disappear offline — and when you return, expect to work 12 hours a day again, with all the intensity and determination you had before you raised the money, “ he wrote.