A relatively small firm is taking on the telcos by helping companies to take advantage of the cloud without the usual tie-in contracts for services or mandatory vendors. Cloud Gateway, a sister company of London-based 6point6, promises to provide secure connections between network assets with supplier neutrality.

The company founders are addressing some of the frustrations they had experienced based on their previous work with the government and telecom companies. Some of the key problems addressed are restrictions on vendor options, the length of contracts, and the visibility of data. 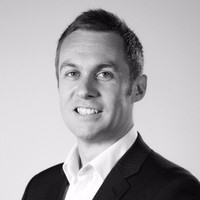 These aims have been encapsulated in the Cloud Gateway package which can be installed on a wide range of devices to provide secure cloud access. Customers range from large firms with tens of thousands of users, down to a pop-up coffee chain that’s opening a new site. The company claims that its flexible solution offers speed of deployment  which can utilise any available telecoms option – wired connections, Wi-Fi, cellular, or even satellite links.

Justin Day, Cloud Gateway’s managing director, said the company’s ethos is proving popular with customers so far: “We don’t make people buy connections they don’t need. If they only need 100Mbps then that’s what we start them on. They can always upgrade later.”

He added that one of the elements has proved more successful than originally anticipated. “We allow our customers to have full visibility of the secure traffic, avoiding the ‘black-box’ nature of some providers, and that’s turned out to be a popular feature.”

He also argued that this pragmatic approach has been very helpful in opening doors for the firm, not only by refusing to over-sell on connection bandwidth but also in the way the company assists its customers. “We have people come to us and explain that they need to move to cloud but that they don’t have the expertise. ‘Can you help us?’,” he said. “We give advice, not a hard-sell. We don’t want to be offering a continued managed service, ideally we would train up a team and move on. Customers see us as a partner, not a supplier.”