The University of Bristol and China’s Northwestern Polytechnical University have developed a method to create minute acoustic vortices that could be a basis for creating minute centrifuges for biological cell sorting or for water purification.

Researchers from Bristol’s Department of Mechanical Engineering and their Chinese colleagues have published their results in Physical Review Letters, a highly influential journal outlining physics research breakthroughs. It explains how the tiny vortices can grip and spin microscopic particles suspended in water.

Bristol is just a stone’s throw from the Doctor Who studios near Cardiff and this has had an obvious effect on the team’s claims. Bruce Drinkwater (pictured), professor of ultrasonics at Bristol’s DME, and one of the authors of the study, said: “If the large-scale acoustic vortex devices were thought of as sonic screwdrivers, we have invented the watchmakers sonic screwdriver. We have now shown that these vortices can rotate microparticles, which opens up potential applications such as the creation of microscopic centrifuges for biological cell sorting or small-scale, low-power water purification.” 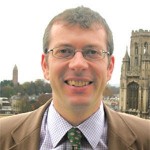 Experiments have shown that acoustic vortices act like “tornados” of sound, causing microparticles to rotate and this draws them to the vortex’s core. As with objects sucked up by wind-based tornados, what happens to the particles depends strongly on their size, the research claimed.

The team used a number of tiny ultra-sonic loudspeakers arranged in a circle around a water container to create the swirling sound waves. A mixture of microparticles, less than one micron in size, introduced to the water were shown to rotate slowly about the vortex core. Larger microparticles of household flour were drawn into the core and were seen to spin at high speeds or become stuck in a series of circular rings due to acoustic radiation forces.

Dr ZhenYu Hong, of the Department of Applied Physics at Northwestern Polytechnical University, said, “Previously researchers have shown that much larger objects, centimetres in scale, could be rotated with acoustic vortices, proving that they carry rotational momentum.” 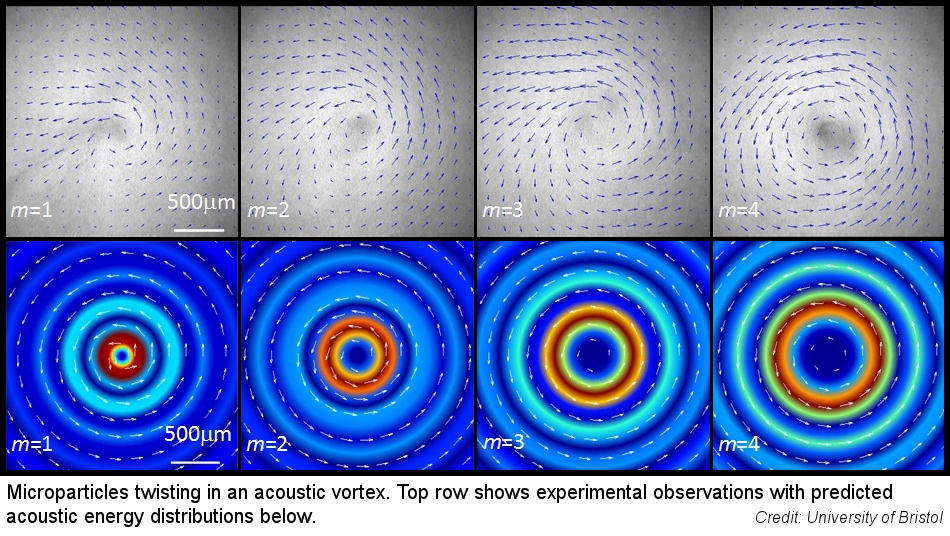